A basket is a simple container which is usually constructed of fine strong fibers and is made of a variety of materials, such as wicker, straw, bamboo, wood, and even cane. Most baskets are constructed by hand weaving. In some cultures, baskets have elaborate designs on them. A basket may have an opening at one end or it may not; a simple wicker basket would likely open on one end, while a more complex basket would probably open on both ends. 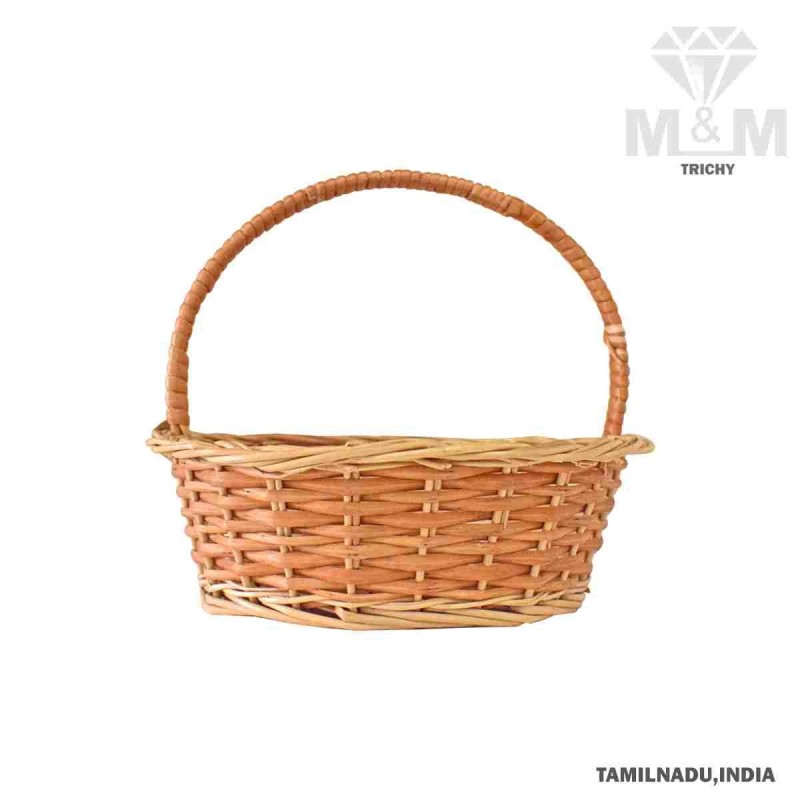 Traditionally, the basket was used as an agricultural container made from branches of wood gathered during the harvesting season. The straw provided the strength but the straw could also be brittle and could break easily if a heavy branch was bent or pulled too heavily. This meant that when the farmer returned with the produce from his harvest he would take the broken branches home with him and stack them in the center of his or her yard. The straws would provide the cushion and structure for all of the fruit and vegetables that were to be stored there over the following year. Over time this simple container became known as a basket or wicker basket.

Throughout history, different people have used wicker baskets in various ways. Many cultures stored food and other goods in these simple containers, much like the early basket makers of many regions. The Greeks and Romans also used baskets of a variety of materials and sizes. Often times, these baskets would be decorated with motifs representing different deities or other objects of significance.

Historically speaking, many early American settlers used wicker baskets or other containers when storing their produce and other goods. One early example of this is the so-called “car maker” that stood at the edge of each frontier. At night the car maker would stand by his/her stand, pouring out the car maker’s mixture of cement, sand, and water into a large, square wicker basket. The next morning the wicker basket was placed on top of the heap of supplies in the morning sun. From that day forward the person that filled the car maker’s wagon with grain, lumber, coal or anything else that was needed would receive a portion of the money made in that week’s harvest. Although the wagon wheels were hand made, they were typically covered with asphalt to keep the contents from sticking to the wagon wheels.

While most wicker baskets made their way into European and American cultures, the basket making process was also heavily commercialized in India. These baskets were woven in a variety of materials including silk, jute, sisal, resham, cotton, wool, etc. In some regions they were even woven with gold or silver thread to make them look more expensive. Indian basket makers were very skilled at making these baskets as they had to be sturdy enough to carry the heavy loads, while still being lightweight enough so that the produce inside would not decay quickly.

While most modern woven baskets in the US and Europe are mass produced with plastic, fiberglass, aluminum or other man made materials, there are still a great number of traditional hand woven baskets available. Many Native American tribes still weave baskets, many times making their own artwork when creating the intricate designs on their baskets. Some of these tribes still weave baskets from the same basic tools and fibers, but there are also modern versions made out of different materials. With a history so old that it can be traced back to early man, it is no wonder that a basket making craft is still practiced today by many native people.